"Gerhard Wilhelm Ernst Heilman(n) was painter and draftsman. He was born 25.06.1859 in Skelskør and died 26.03.1946 at Frederiksberg. His parents were Pharmacies Henrik Peter Gysbert Heilmann and Agnes Nathalia Mau. Heilmann was not married.

Gerhard Heilman was originally a painter, but the largest part of his production is within the decorative arts. As underglaze painting, he was among Arnold Krog's earliest employees and came around the turn of the century to shape the Royal. Porcelain production as one of its leading artists. In addition poetic wild life motives was his favorite subjects include nocturnal park scenes with balustrades, fountains and romantic couples. As book artist, he has worked for most of Copenhagen publishers and was especially known for his book covers in a half fancy, half naturalistic style. His ornamentation show great imagination and are influenced by Theodor Bindesbøll and Hans Tegner. As an illustrator, he has shown special interest in animals, especially birds, an interest that eventually led him into the scientific research (ornithology and paleontology).

In 1877 he was medical student an the Polytechnique until 1883; Frans Schwartz Painter School 1883; later the Artists Studiesk. (L. Tuxen and Peder Severin Krøyer).

Heilmann travelled over Berlin and Dresden to Italy in 1893; Dresden and Switzerland in 1898; Berlin 1927.

Heilmann did underglaze painting at the Royal Copenhagen Porcelain Manufactory between 1890 and 1902....." 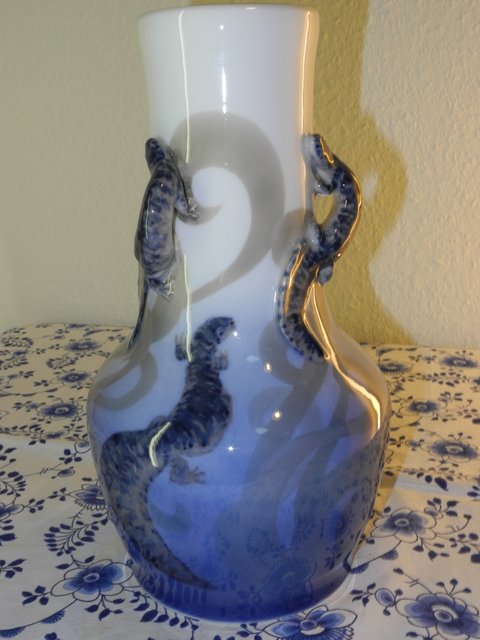 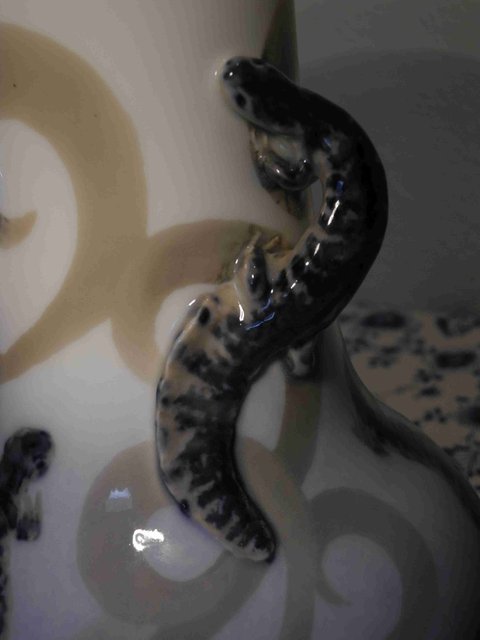 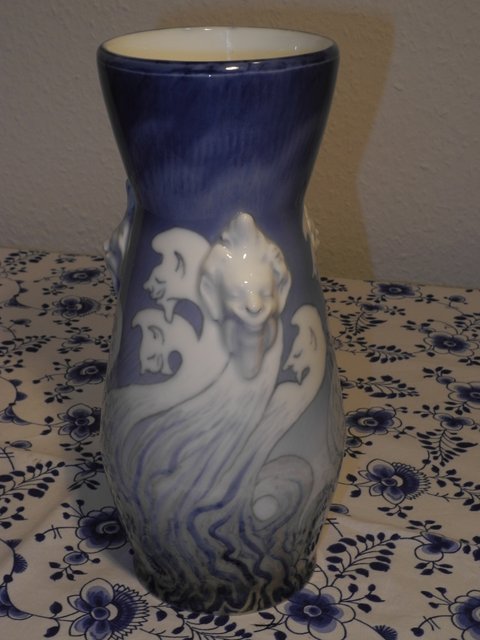 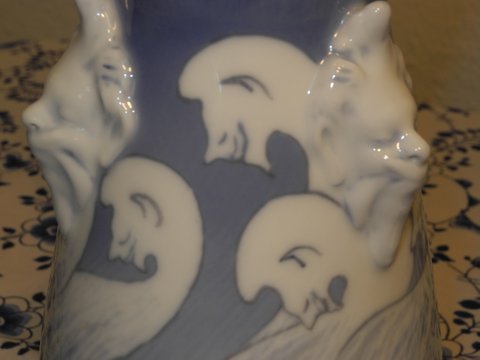 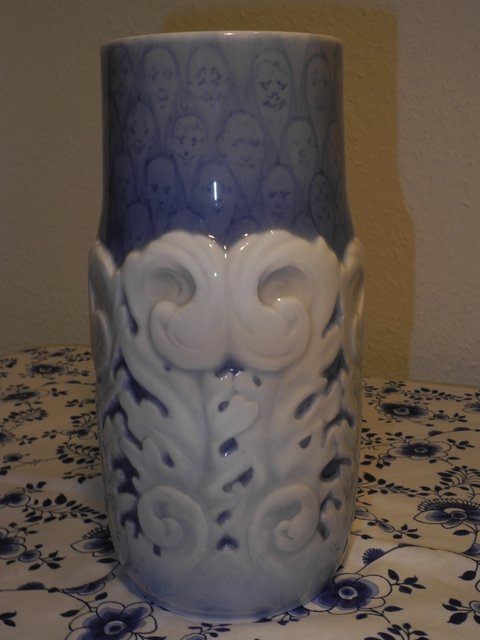 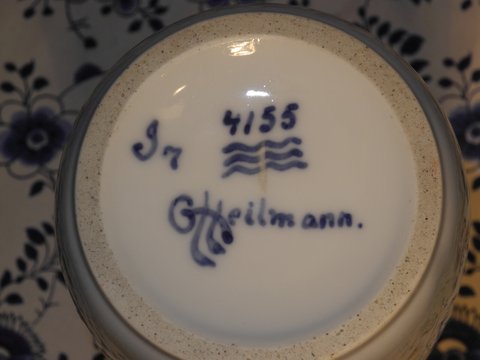 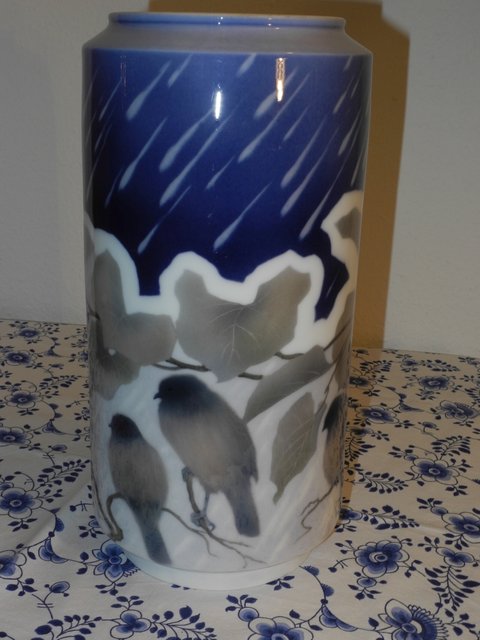 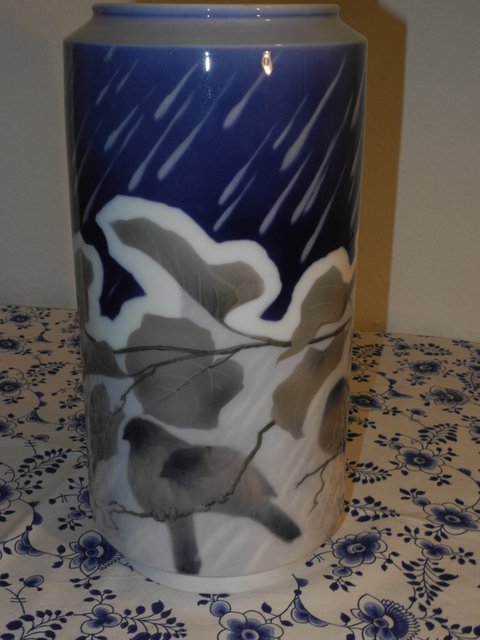 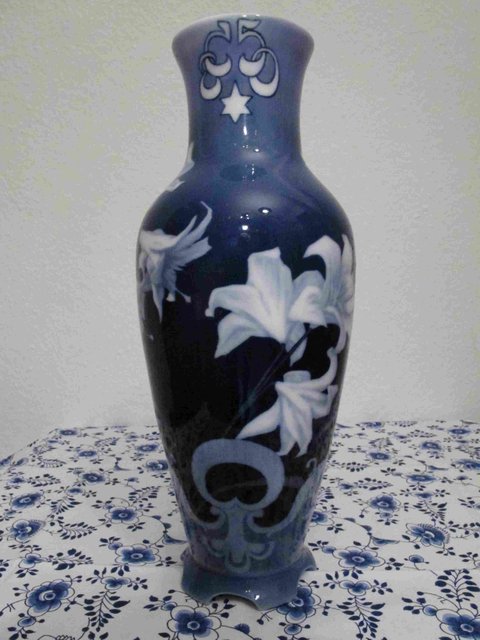 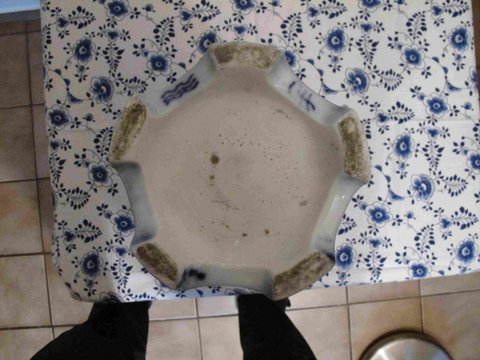 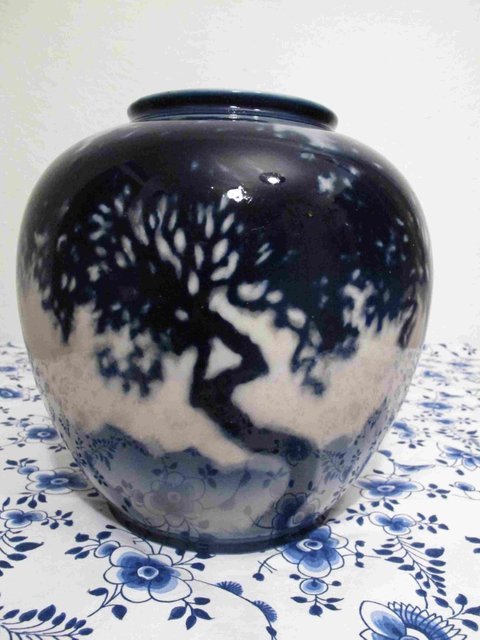 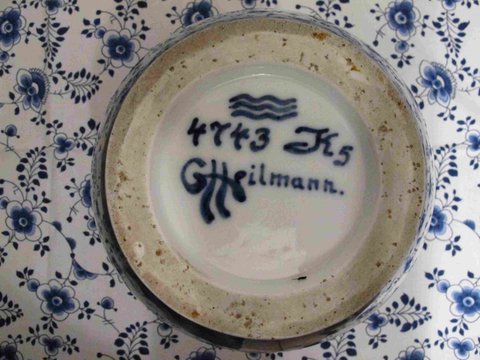 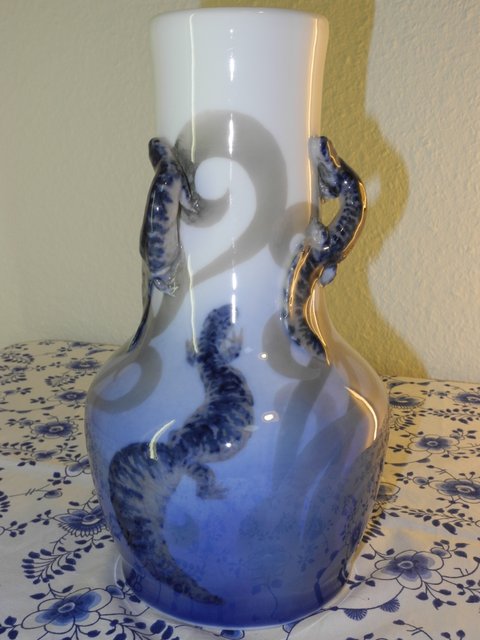 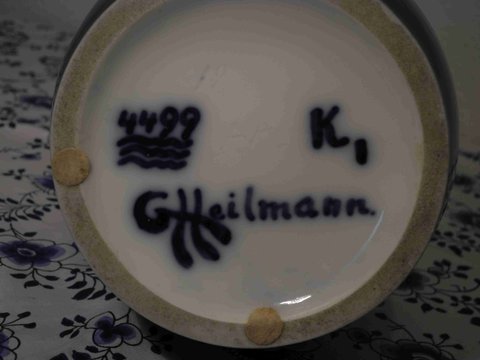 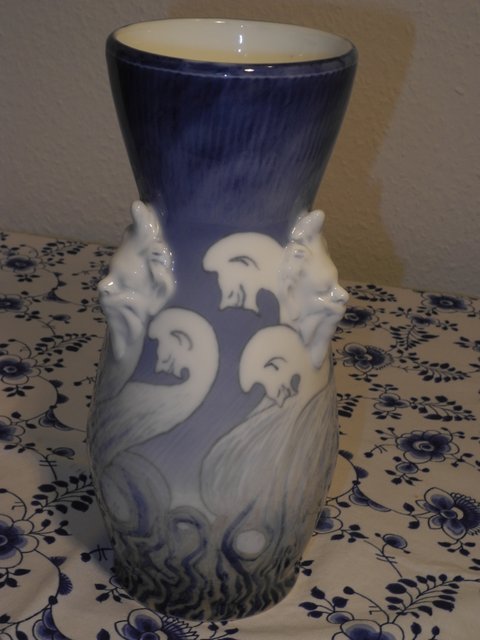 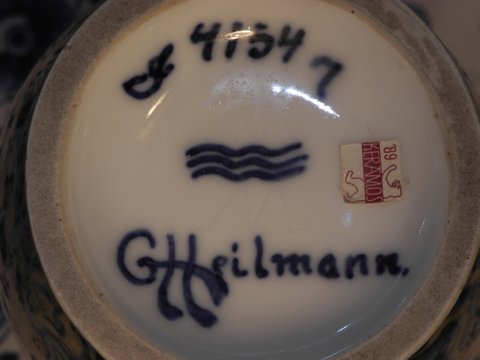 heads in plastic and painting 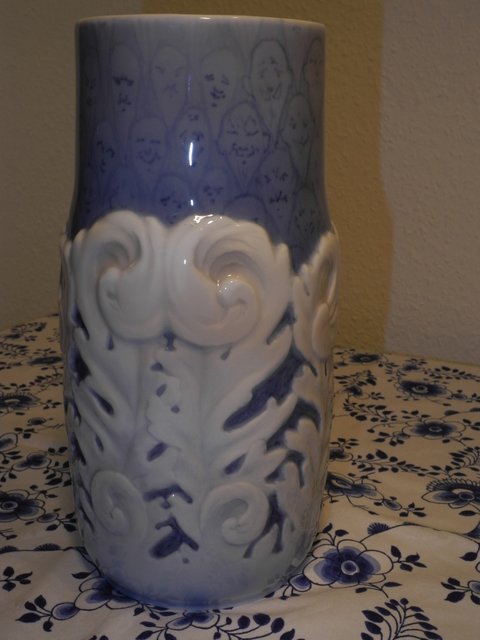 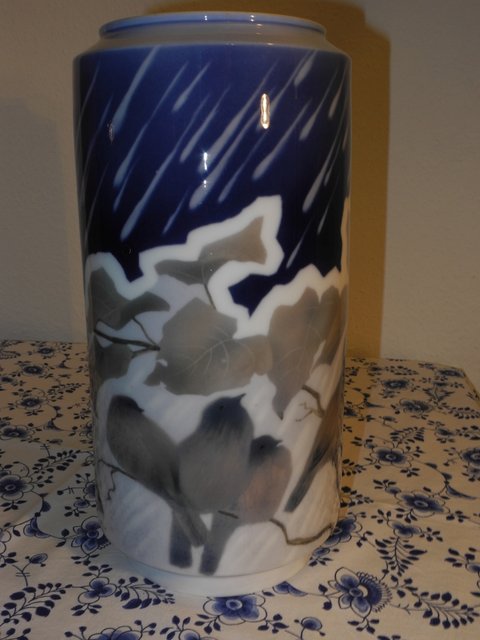 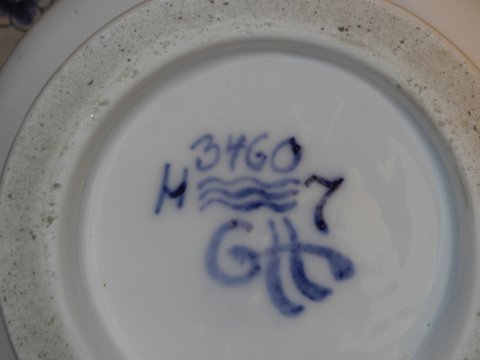 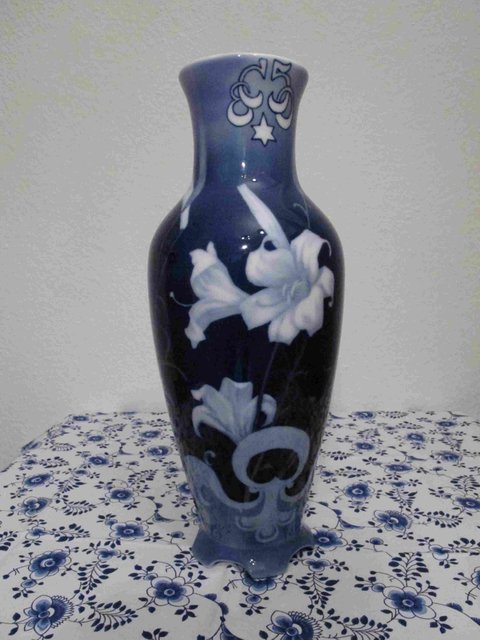 glaze defects, signed in neck too 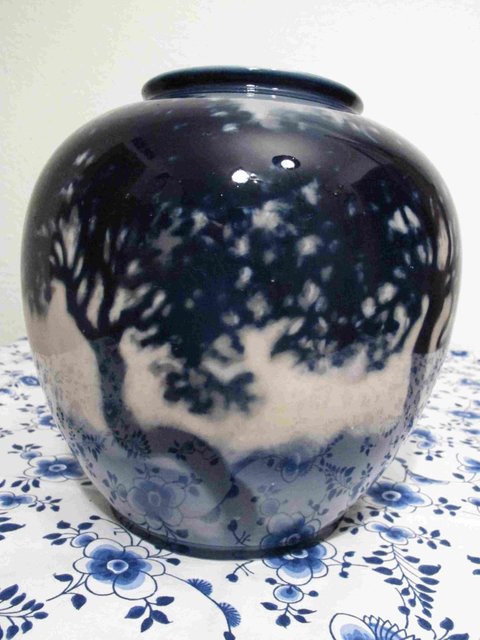