Hans Flygenring worked in his painting in continuation of the artistic tradition from the second half of the previous century, often with a slight backward and historical-topographical base. The influence of Rohde is visible in in the bright, impressionistic brushwork that characterizes his portraits. Journey to Algiers in 1913 was of great importance for his further artistic development, though he liked the depictions of pictures of urban environments such as Ronne, often reverted to a more archaic idiom. As an employee at The Royal Copenhagen Porcelain Flygering worked especially according to the tradition of the teacher Arnold Krog and performed a variety of the painting decorations of vases and bowls, often with motifs taken directly from his painting. 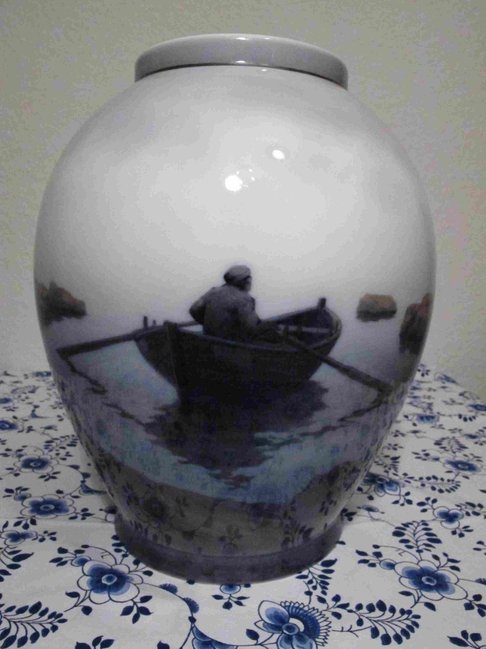 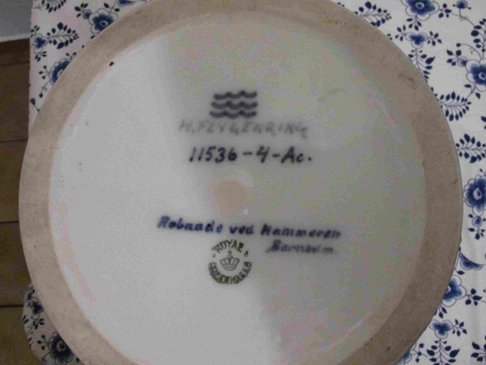 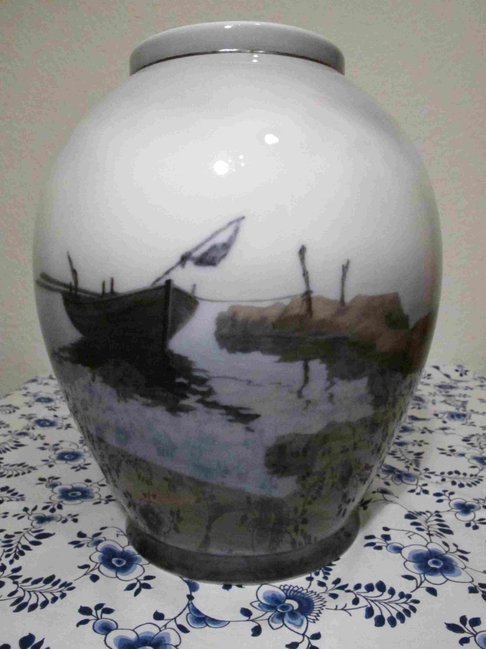