"Carl (Karl) Sørensen was a painter. He was born 27.11.1896 in Aalborg and died 04.02.1947 in Copenhagen. His parents were Sergeant, later stabsofficiant Søren Immanuel Sørensen and Kristine Marie Magdalene Laustsen. On 16.09.1932 Sørensen  married Grete Gormsen in Copenhagen. She was born 23.07.1899 in Copenhagen and died 02.16.1997 and was the daughter of hourly teacher, later school inspector Carl Christian Gormsen and Emilie Henriette Meyer.

After a promising debut in 1920 Karl Sørensen began a 10-year lasting intensive travel activity. Not least, a long sea voyage to South America with EAC had a decisive influence on his art. Partly inspired sea, light and air to several seascapes done with a sure sense of coloristic and partly shows a series of ink drawings of tropical landscapes an ability to assimilate the foreign nature and culture. His motifs concentrated later in 1930-40s around Rødovre, Valby and Damhussøen, which were at that time Copenhagens outer neighborhoods. Here the residential streets, meadows and surreal starting point for paintings in quiet, harmonious compositions. After an invitation Sørensen worked for a period at the Royal Copenhagen Porcelain Factory, where he mainly painted landscapes in underglaze. His landscapes, figure paintings and portraits are illuminated in colors and modernistic- formalistic in their aesthetics, which include expressed in a light brushwork and sparse modeling compositions, especially works of surface. 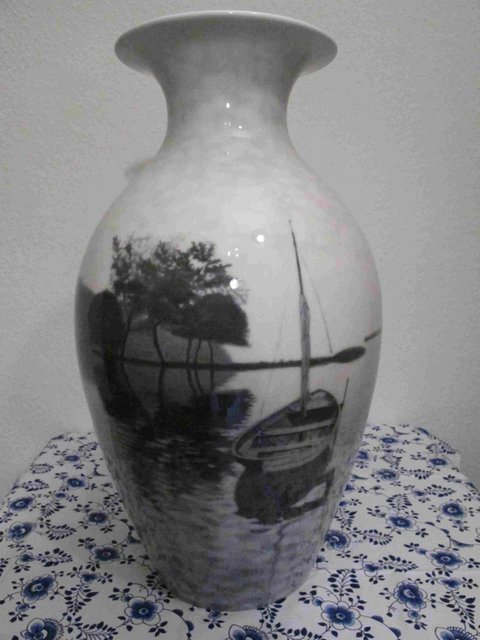 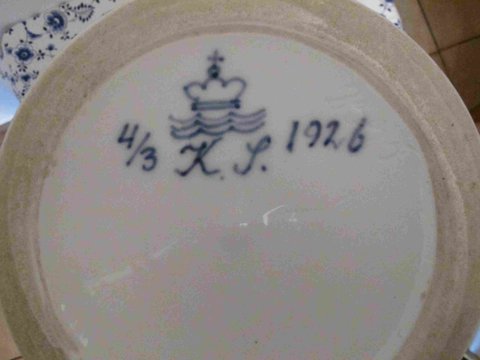 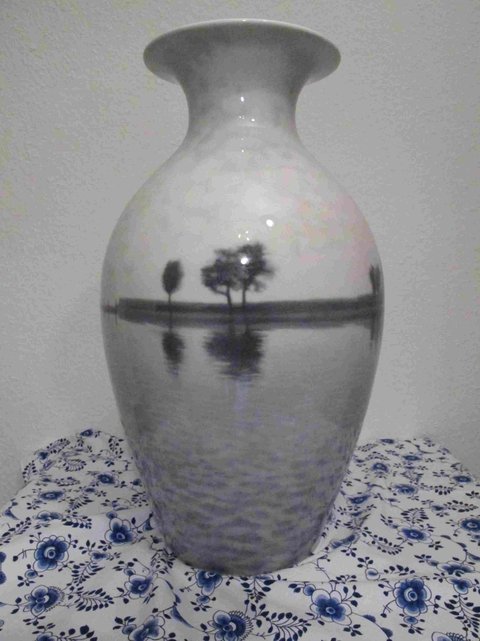