"Carl Christian Oluf Jensen was a painter, graphic artist and ceramist. He was born 17.02.1871 in Copenhagen and died 31.01.1934 at Frederiksberg. His parents were boiler Harald Jensen and Anne Kirstine Jensen. Jensen marred Helga Andreassen on 03.17.1908 in Copenhagen. Helga Andreassen was born 31.10.1877 in Hjerting Sogn/Haderslev Amt and died 18.04.1960 at Frederiksberg. She was the daughter of farmer Jørgen Peder Andreassen and Martha Augusta Henriette Hansen.

Oluf Jensen was a known watercolor painter and etcher. His motives were most flowers and landscapes, sensitive perceived and reproduced with a slope toward the decorative. In particular color etchings of individual flowers, some of which were sent by the Danish Radeerforening and Company of Graphic Art (eg. Thistle, 1929), became popular. Jensen significant effort however developed within the ceramic area. He was signing artist and staff at the Royal Copenhagen Porcelain Factory. He now stands alongside Arnold Krog as the artist who has had the greatest impact on the development of the Danish underglaze porcelain. He continued the factory's old tradition, but added at the same time new life. For art porcelain he generated both new bowls and vase shapes and decorated himself with landscape and floral motifs, where there was a fruitful interaction between his watercolor art and his underglaze decoration. He however had the greatest impact of his work on porcelain services. From 1913, he used successfully old models to a reconstruction of the decoration on the Blue Fluted service and led it thus returns to its original shape after rokoko. In addition, he began around 1914 - 16 to work with the fluted, gray porcelain, which reached its culmination in the Bonnesens frame (1918), decorated with flowers, Danish countryside and provincial towns, reproduced in naturalistic-decorative drawings in close link to his graphic art where motives and moods are characterized by few and sure strokes. It is a distinctly bourgeois frame, influenced by Dutch earthenware, and it shows a fine ceramic sensation of the interaction between the gray material, the dark blue decoration and the knurled surface. A continuation of this was the gray underglasurkrakelé as Jensen notably worked with after 1920, but gradually, against his wishes, also were decorated with overglaze painting in gold and thus proved to be a good sales product for the factory.

Jensen learned as blue painter at the Royal Copenhagen Factory in 1885 where he began with blue fluted and soon worked under the management of Arnold Krog. Simultaneously he visited the Tehcnical School, the Arts Academy Copenhagen. He also was in touch with Kroyer at the time.

During his active time Jensen travelled to Paris 1888, 1900; Holland 1910; Germany a few times. Oluf Jensen was employed at the Royal Copenhagen Porcelain Factory from 1885 until 1934. He later led the underglaze painting department. Jensen received the medal for the best. for Graphical Artist in 1911." 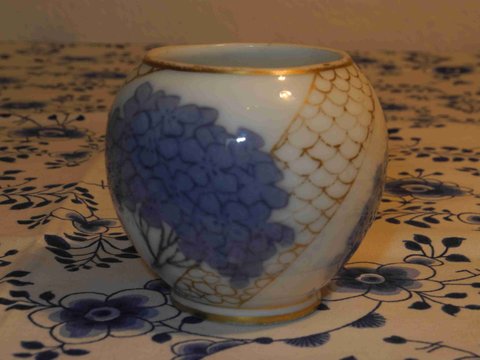 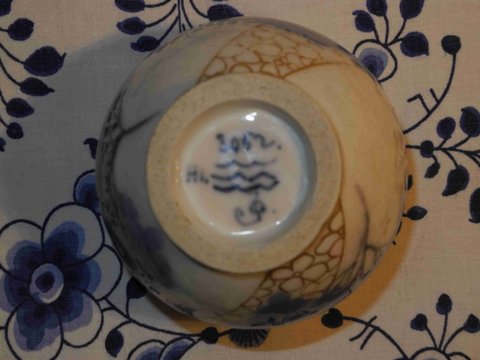 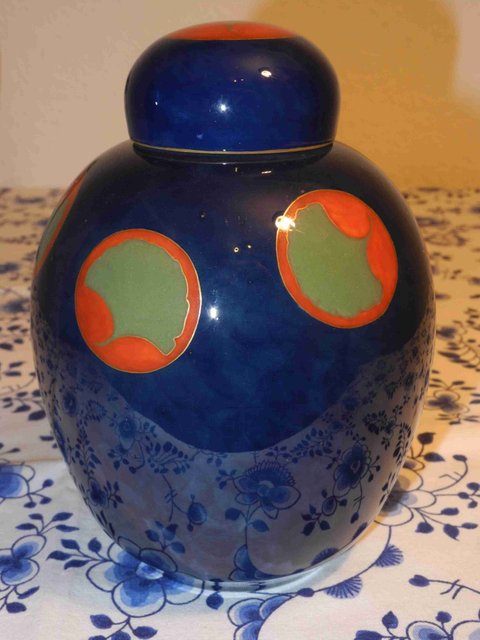 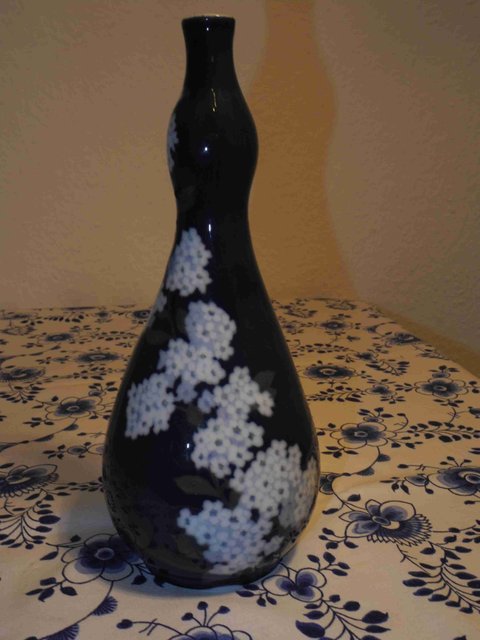 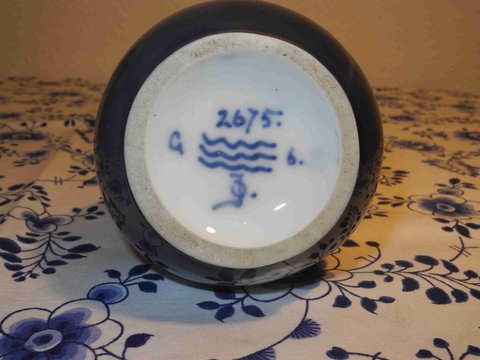 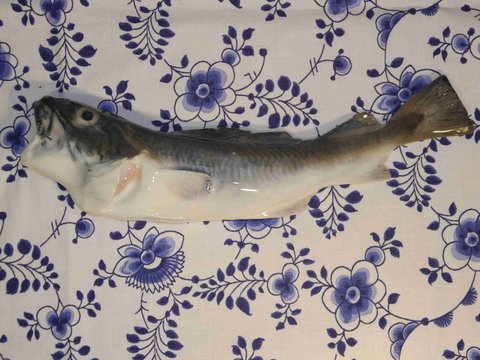 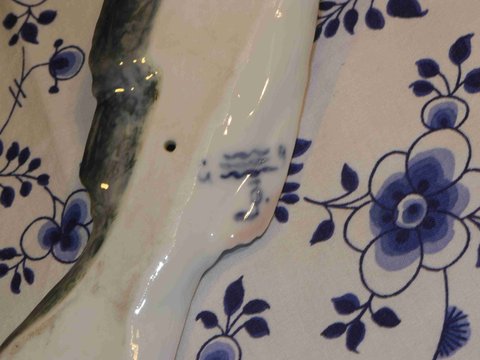 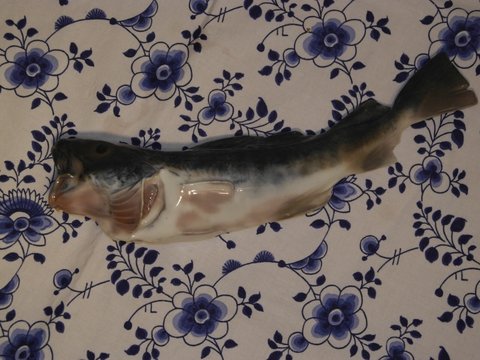 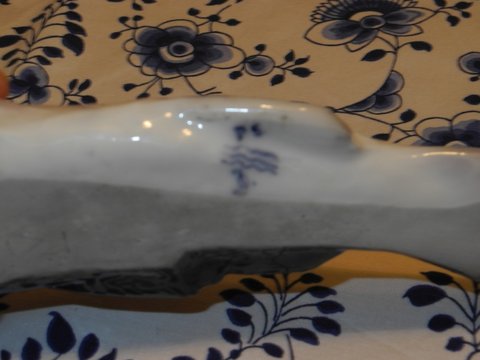 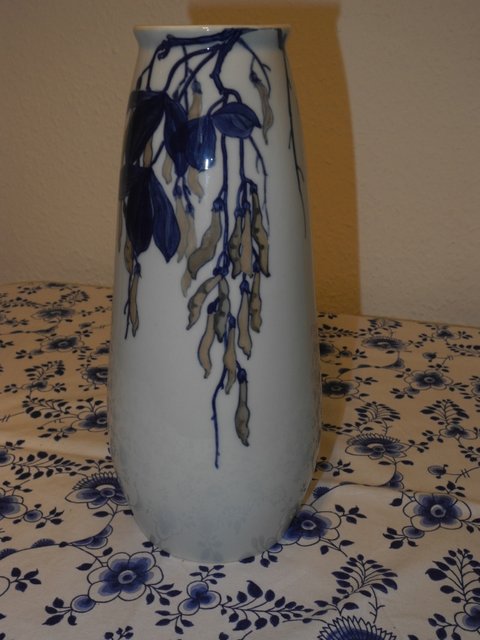 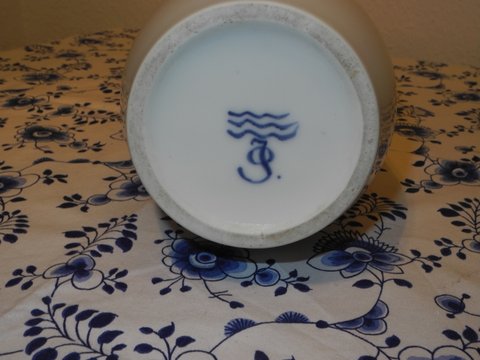 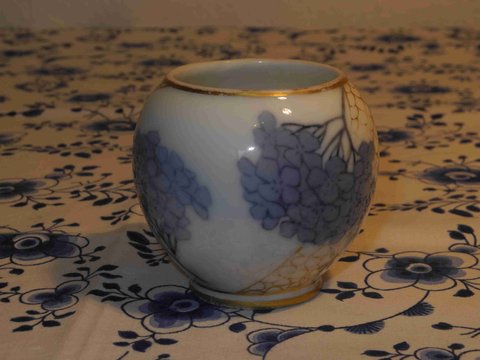 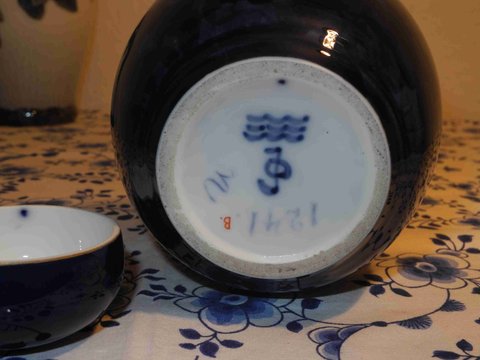 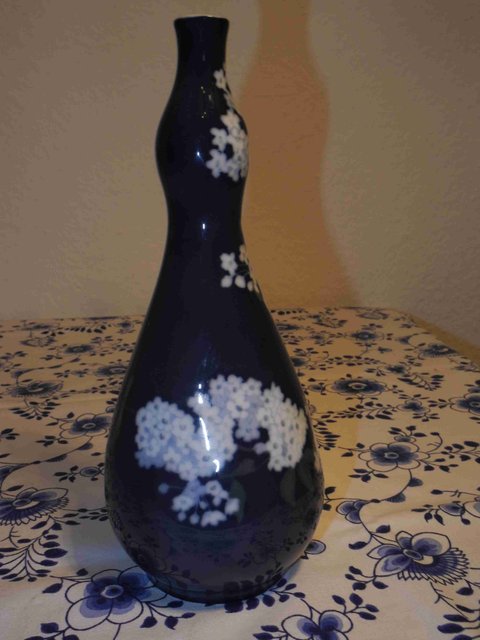 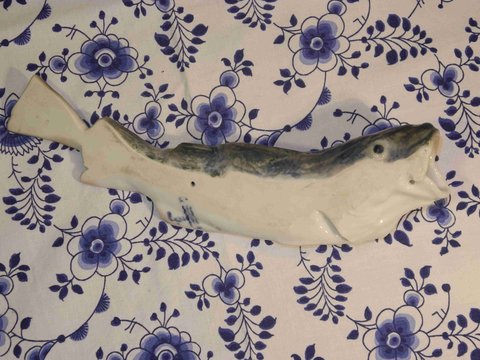 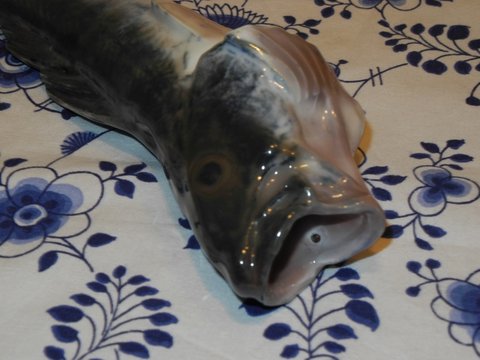 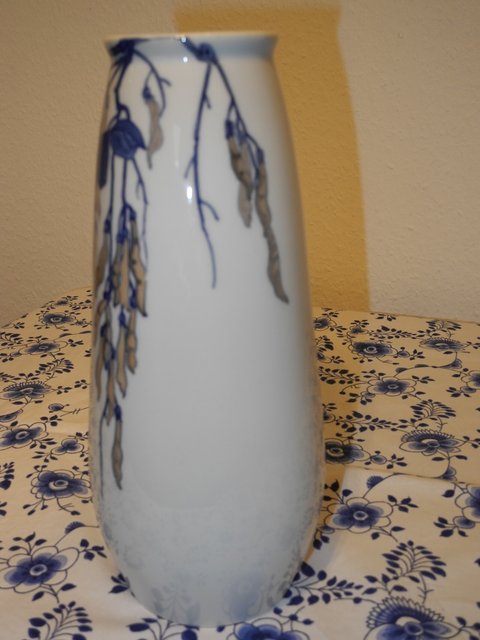