"Stephan Peter Johannes Hjort Ussing was painter. He was born 06.17.1868 in Skanderborg and died 13.03.1958 at Frederiksberg. His parents were the book dealer Thorvald Ussing and Camilla Cathinca Ussing. On 29.05.1897 Ussing married Louise Christine Nyegaard in Copenhagen. She was born 18.02.1868 in Copenhagen and died 12.07.1943 at Frederiksberg. Mrs. Ussing was the daughter of painter Andreas Louis Nyegaard and Mette Andrea Christine Wiebye.

Stephan Ussing was primarily painter, even on Capri or in Montmartre.... His grandfather, Teodosius, was the monastery superintendent at Black Friars monastery, and maternal grandfather, Peter Ussing, was a highly respected carpenter and painter, and although he was named after his youngest son, sculptor Stephan Ussing. Ussing belonged to the group of naturalist painters who went under the name Charlottenborg Painters and he was immensely productive. Ussing was employed at the Royal. Copenhagen Porcelain factory, where Arnold Krog led underglaze painting. Ussing came from the Académie Julian in Paris with fresh impression of the decorative painting. These turned him to naturalistic motifs, influenced by Japonism. In his later career Ussing came to Ribe in the summer, where he painted a wide range of naturalistic performed street views. They are a fine topographic source.

Ussing was underglaze painter at the Royal Copenhagen Porcelain Factory from 1896 until 1930." 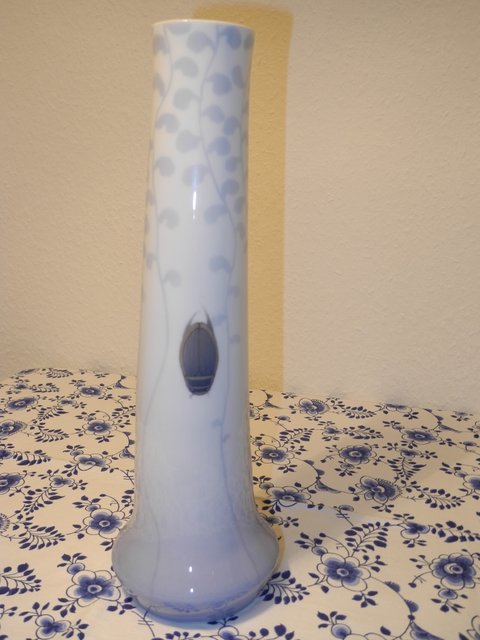 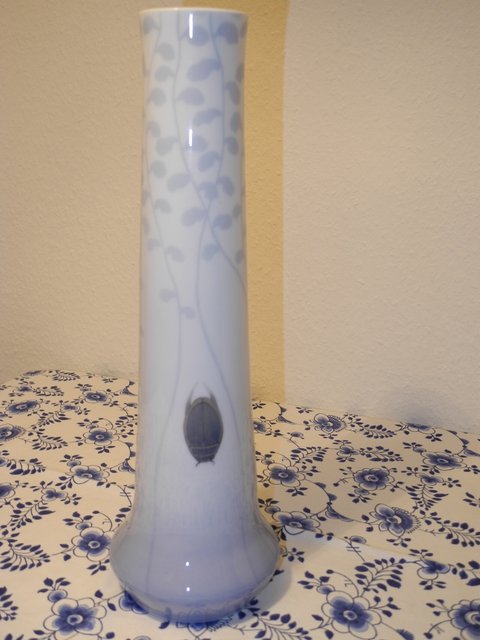 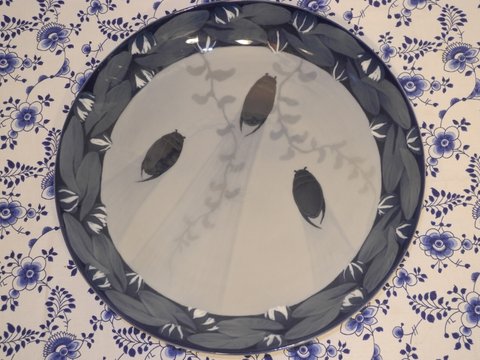 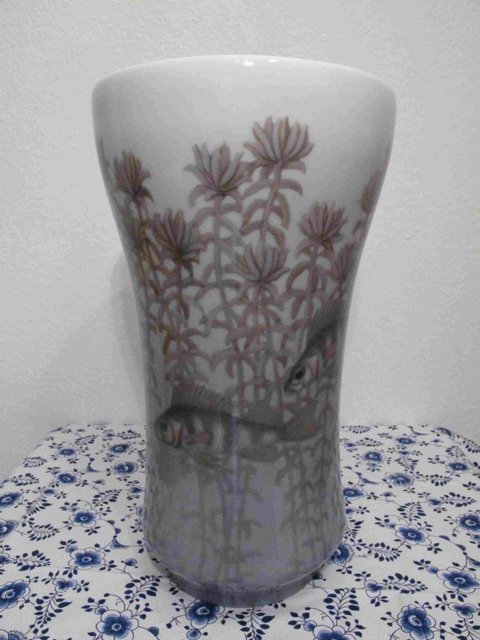 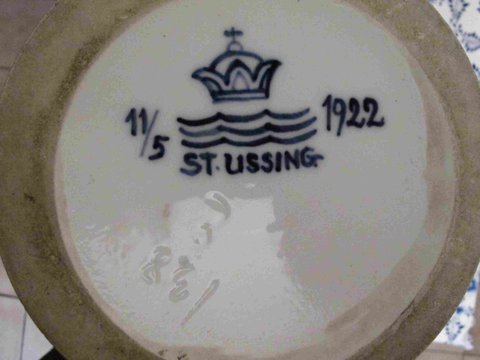 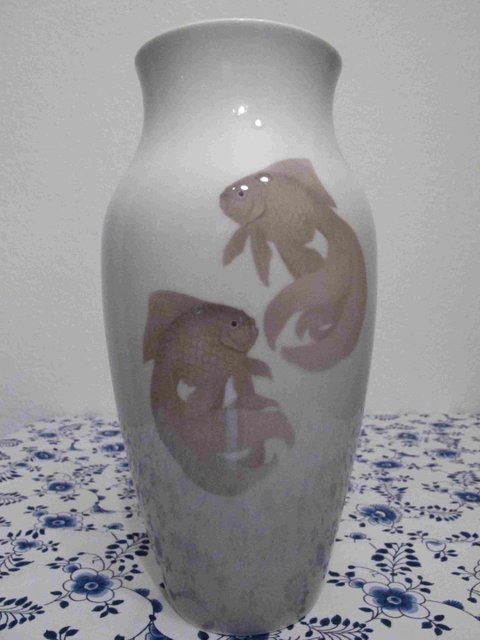 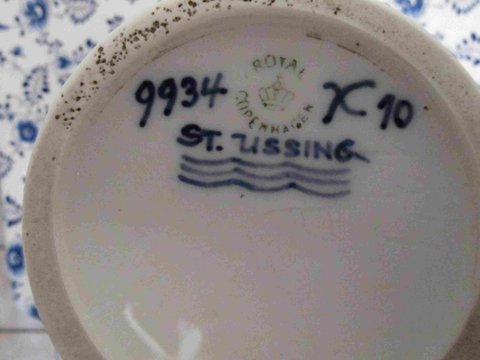 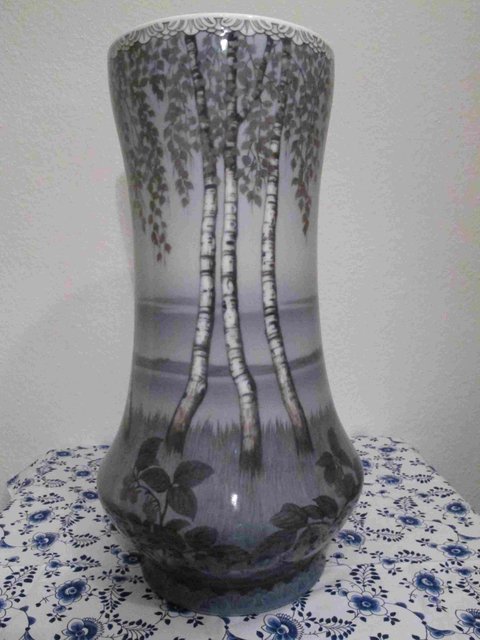 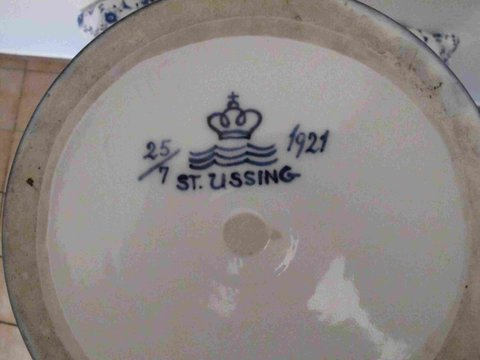 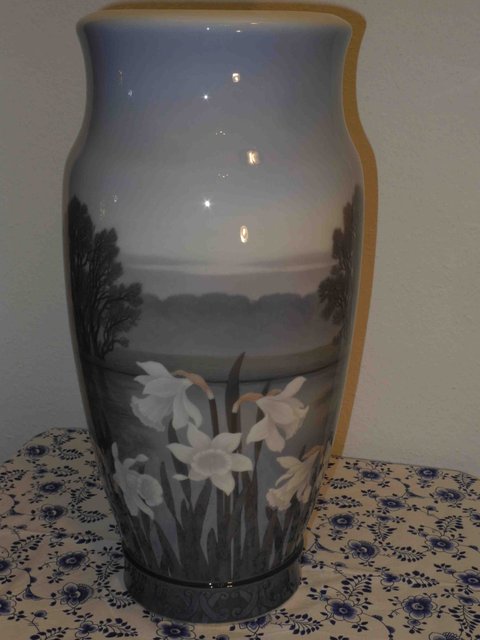 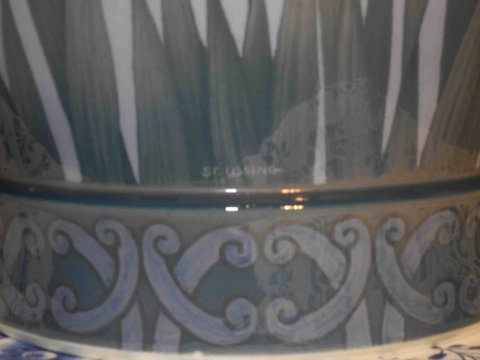 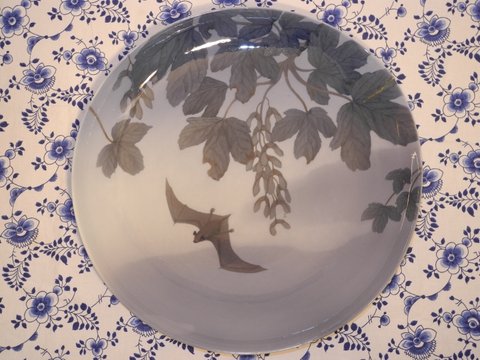 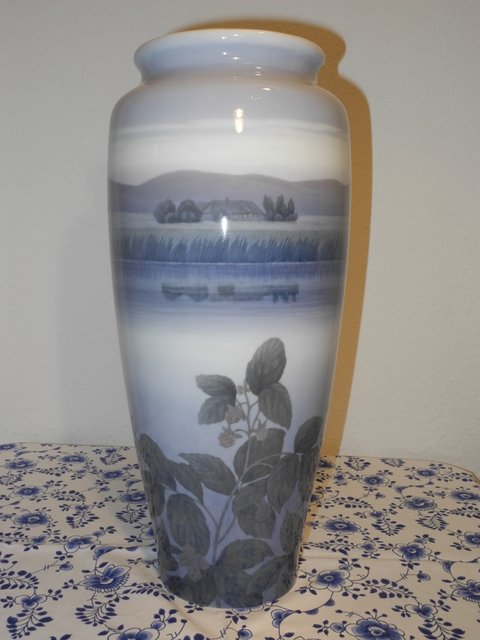 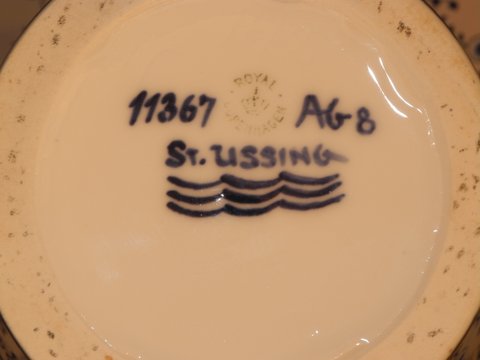 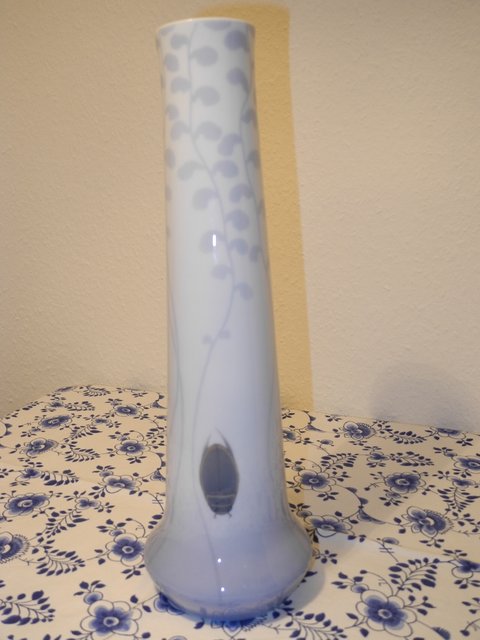 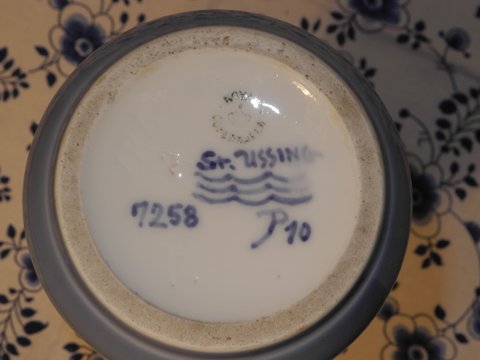 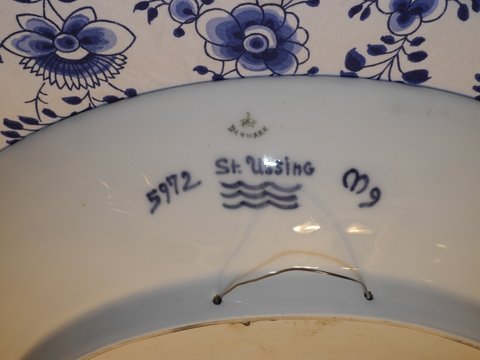 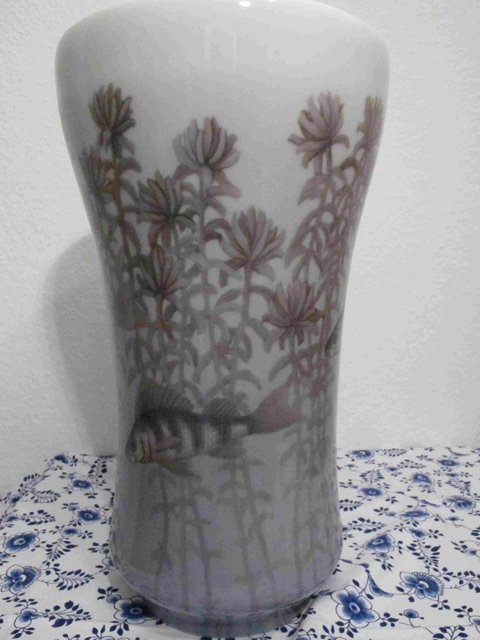 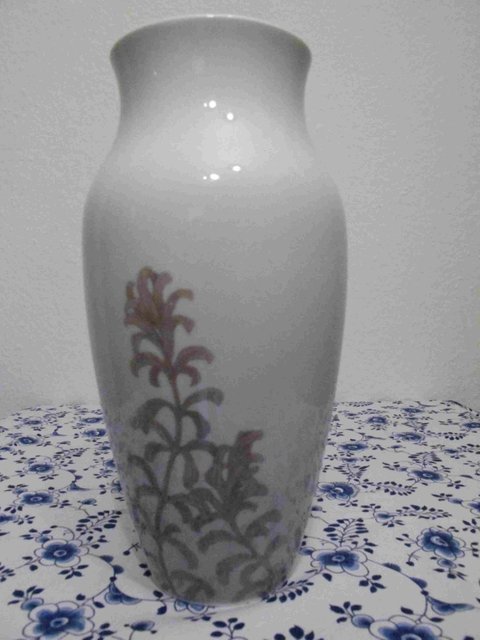 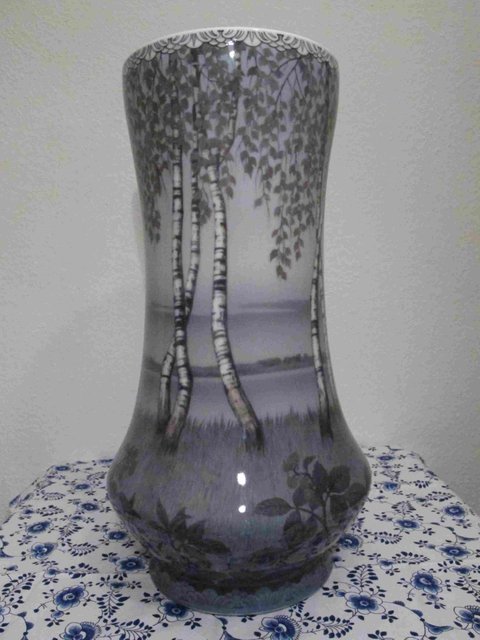 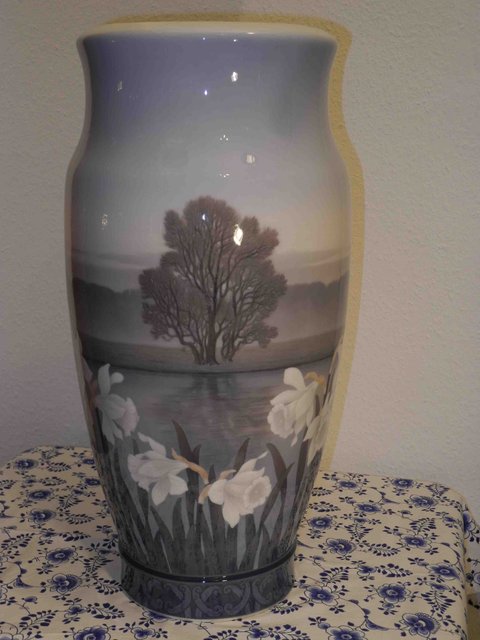 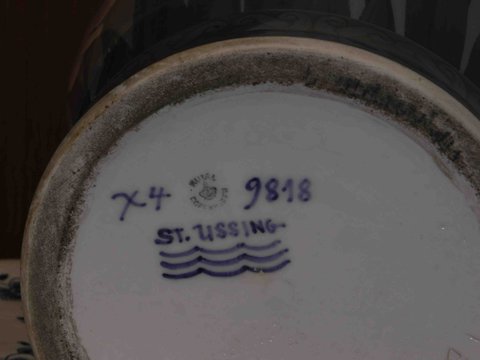 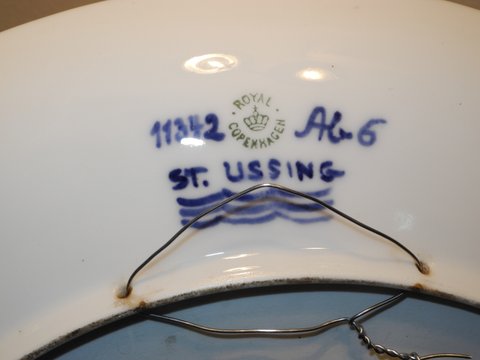 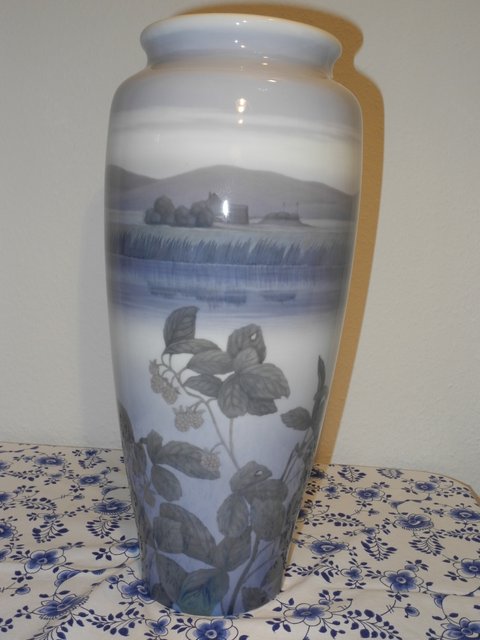