"Svend Hammershøi was a painter and ceramist. He was born on 10.08.1873 in Frederiksberg, and died 27.02.1948 His parents were  Christian Peter Hammershøi and Frederikke Amalie Rentzmann. Hammershøi stayed single.

Svend Hammershøi was as a painter strongly influenced by his nine years older brother, William, but also inspired by his admiration for his work. Although Hammershøi at school had started working with ceramics, he learned his real training as a painter. Kristian Zahrtmanns education was especially important for him., ..... As craftsman he obtained particularly significant findings as a ceramicist and he was affiliated with the leading innovative ceramic enterprises. It was through the close friend from Zahrtmanns school, Aage Bertelsen, Hammershøi came in conjunction with Herman A. Kähler workshop in Næstved, where he performed a series of simple, classical works in the red clay that are either unglazed or a monochrome mat, whitish glaze. His ceramic works was marked mostly by organic ornamentation, inspired by the teacher and the friend Bindesbøll, but unlike Bindesbøll temperamental expression, Hammershøi strove for a quieter, harmonious line effect. A period he turned jars with accurate profiles.

Hammershøi learned a the Technical School (Holger Grønvold) in 1889; at the Arts Acacemy in Copenhagen from Februrary 1890-Jan.1892; Zahrtmanns School from February 1892-1896 and in November 1897; tought by Vilhelm Bissen, Th. Bindesbøll and by his brother Vilhelm. 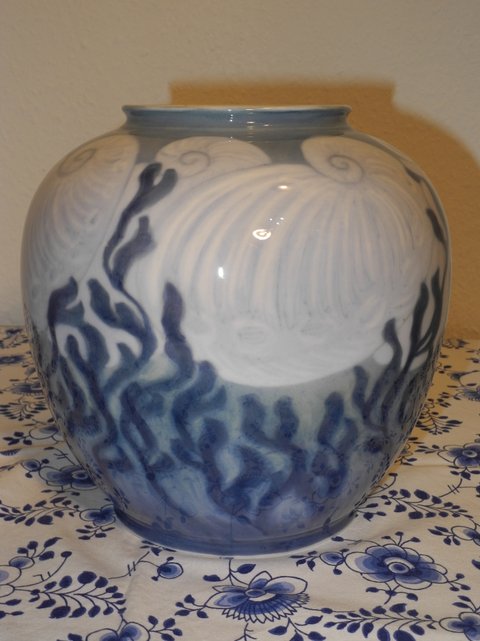 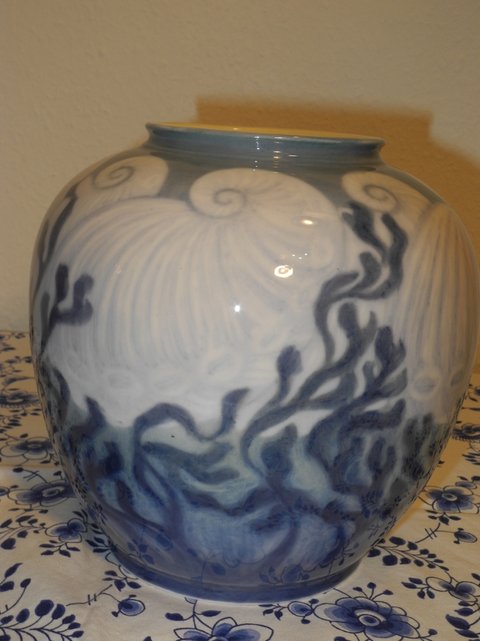 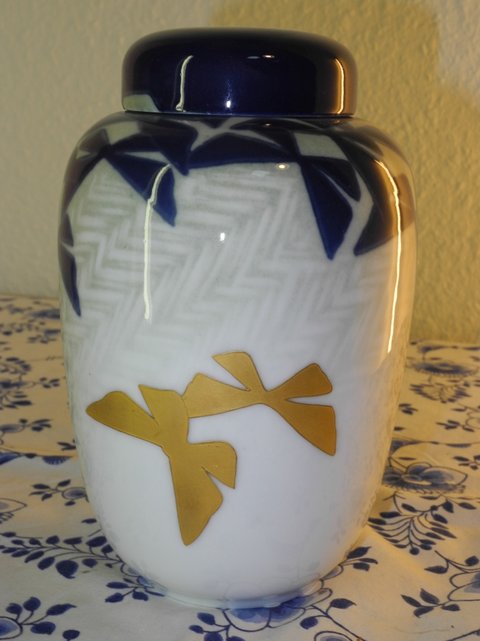 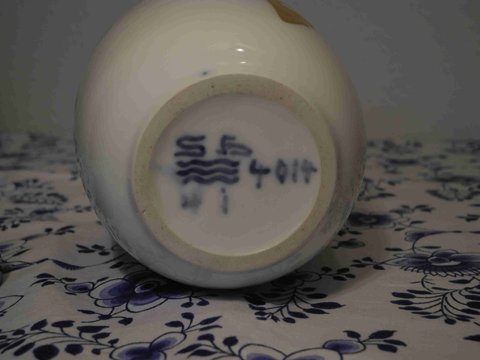 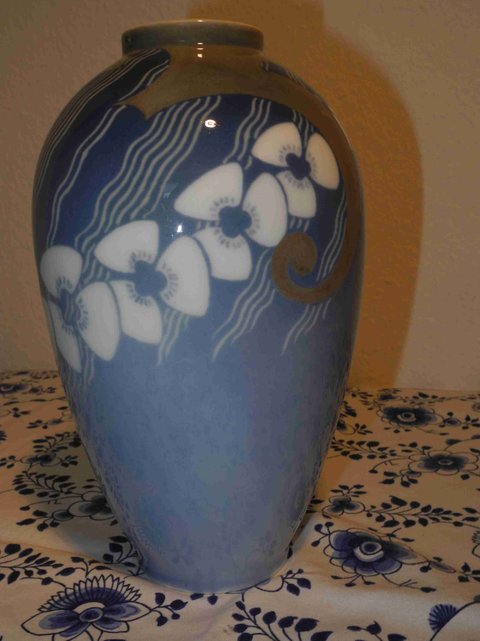 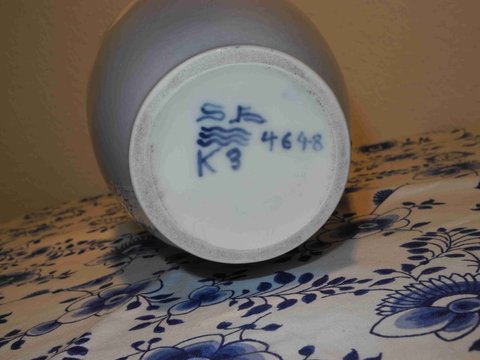 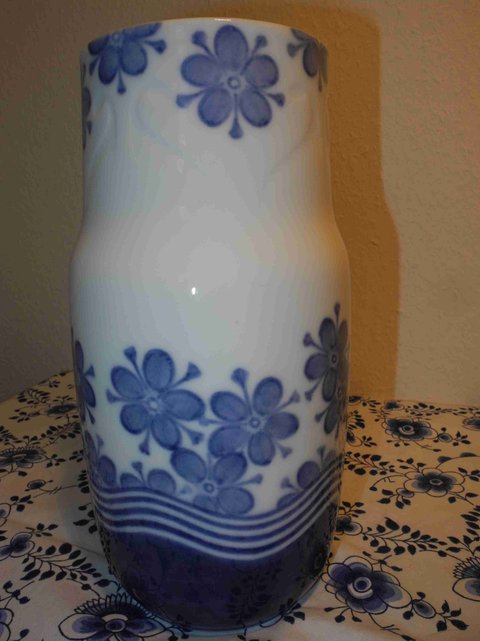 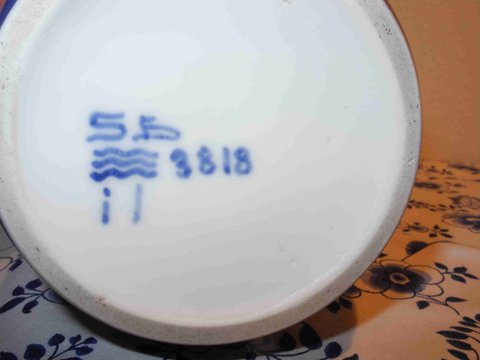 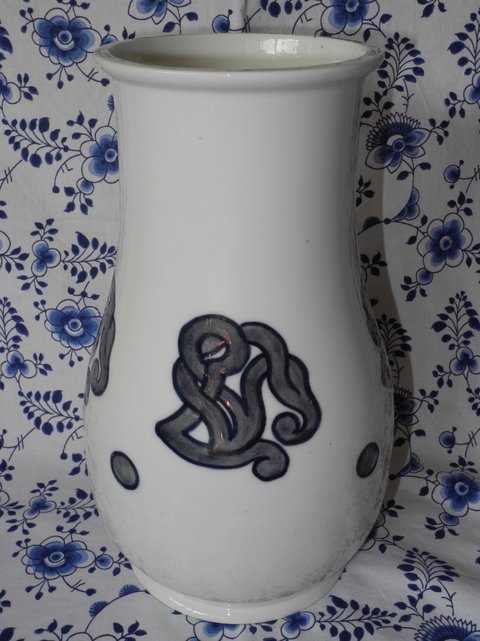 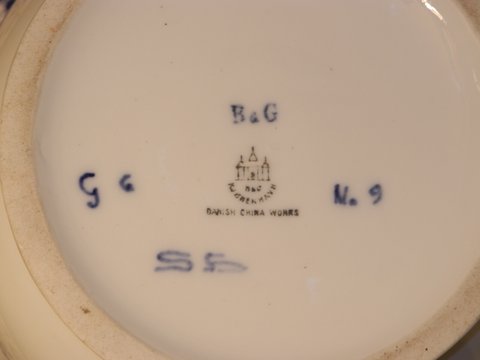 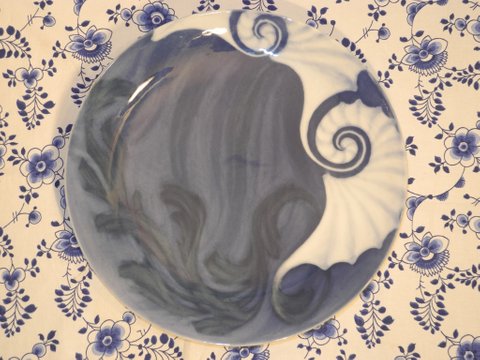 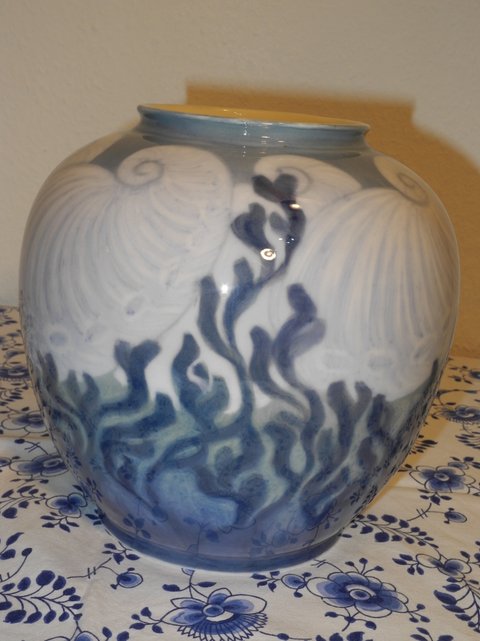 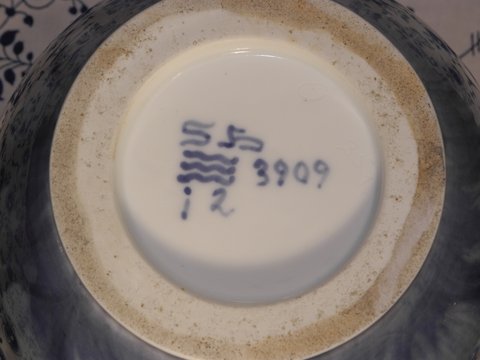 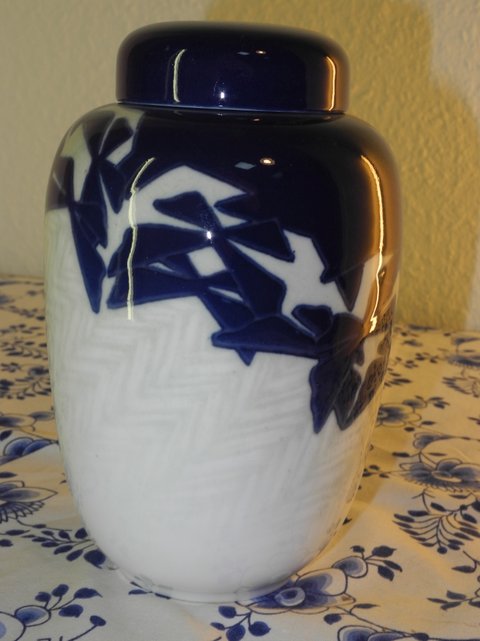 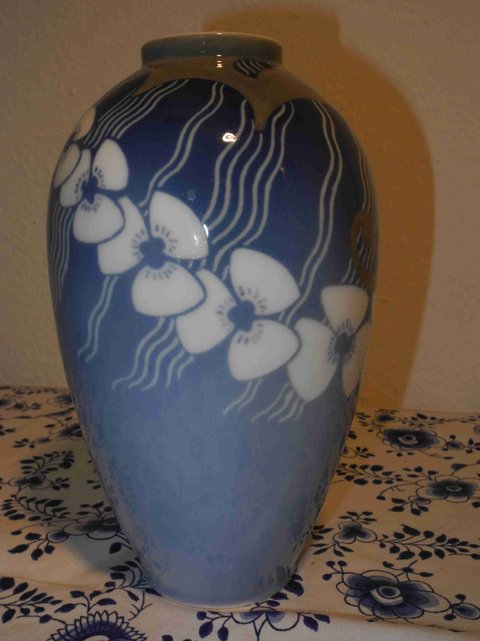 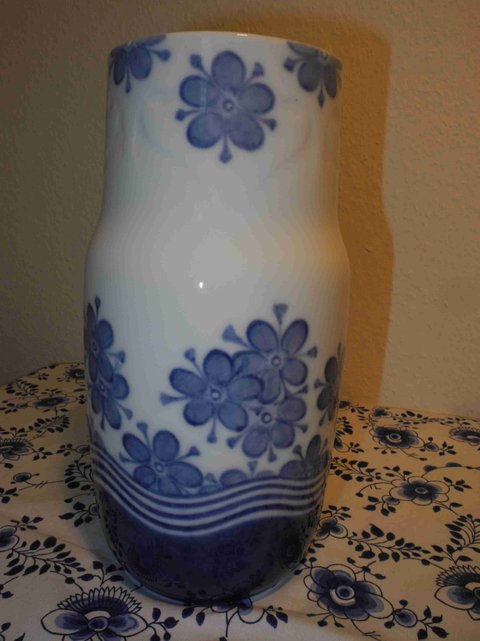 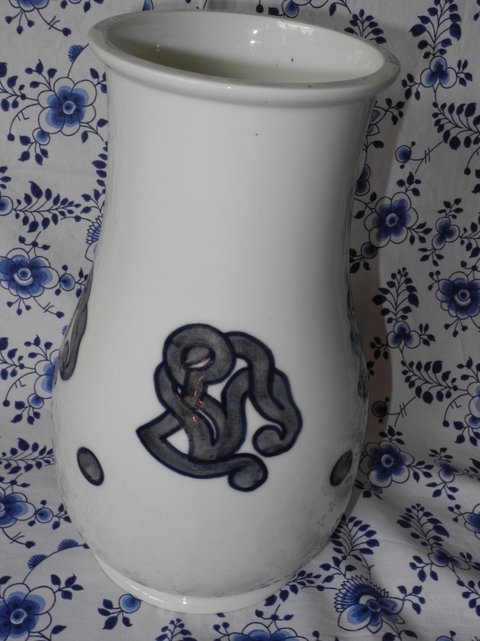 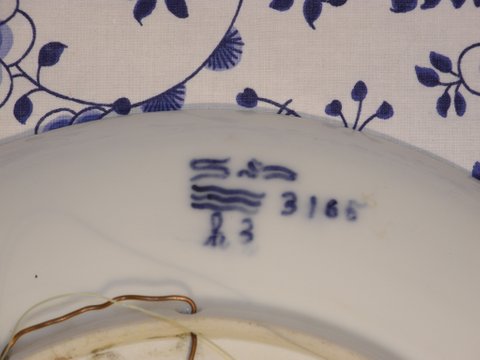