"Vilhelm Theodor Fischer was painter. He was born 04.10.1857 in Holbaek, and died 24.10.1928 at Frederiksberg. His parents were painter Jens Vilhelm. Fischer and Johanne Frederikke Dithmer. On 06.12.1890 he married Vilhelmine (Ville) Marie Birgitte Ibsen (Ipsen) in Odense. She was born 09.15.1859 in Odense and died 12.10.1925 at Frederiksberg. She was the daughter of baker Niels Christian Hansur Gudmund Georg Ibsen and Mette Marie Hansen.

Vilhelm Theodor Fischer has exclusively painted animals and landscapes. In the beginning it was particularly livestock, he concentrated on, later he preferred wild birds. He liked the flat beach landscape with a low horizon, and he put gradually more and more emphasis on the animals' affinity with nature. His color scheme became over the years more and more impressionistic. As an employee of the porcelain factory he stressed to the flourishing of underglaze painting from around 1920s.

During his education he spent 3 years in apprenticeship with E. Schmiegelow; Technical Inststitute; Arts Academy Copenhagen, 1876-82. He travelled to Berlin, Dresden and Munich in 1892.

Vilhelm Theodor Fischer was employed at the Royal Copenhagen Porcelain Factory as underglaze painter from 1894-1928; ...." 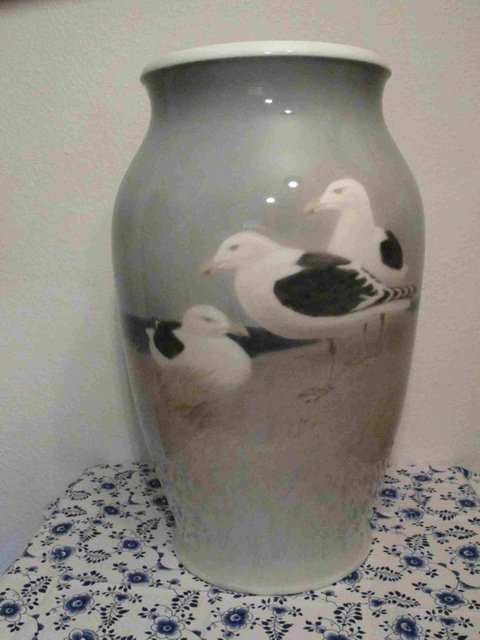 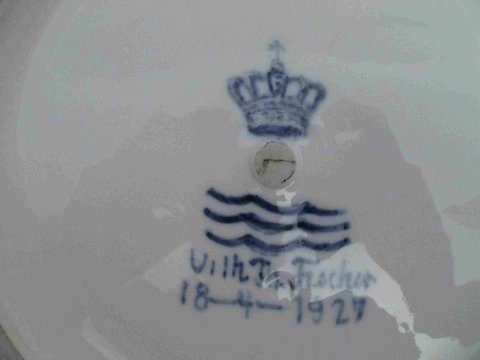 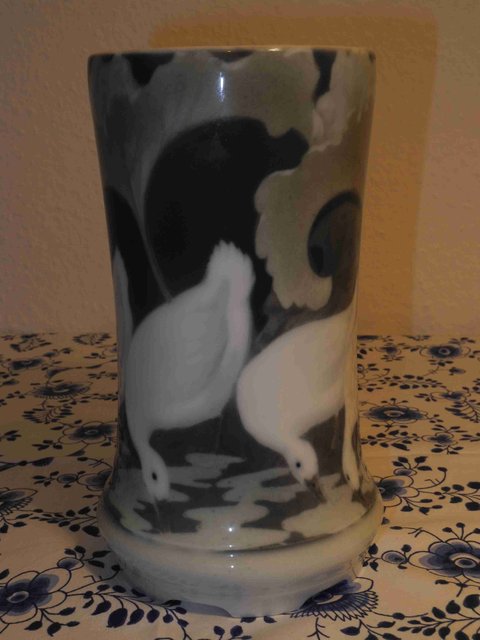 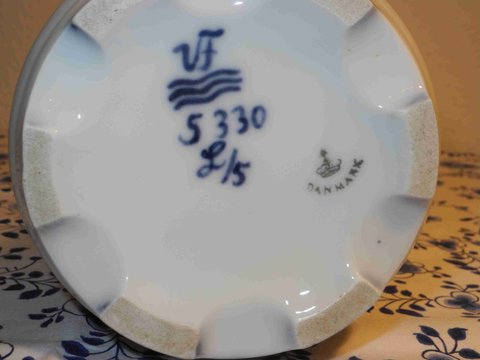 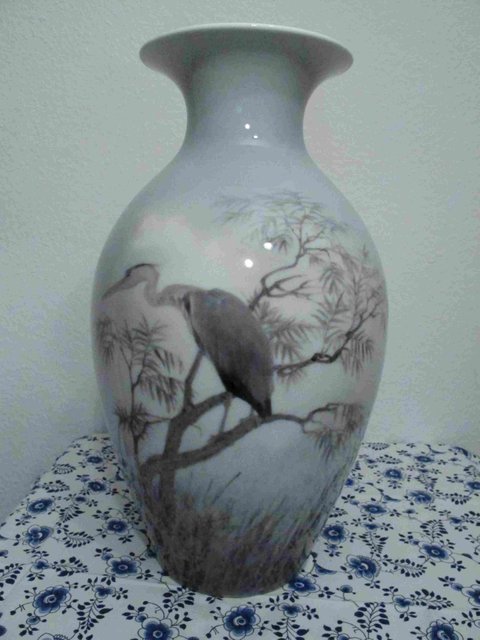 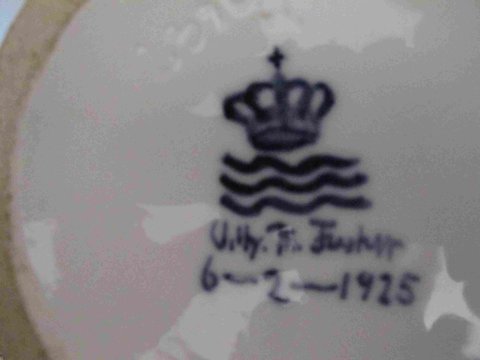 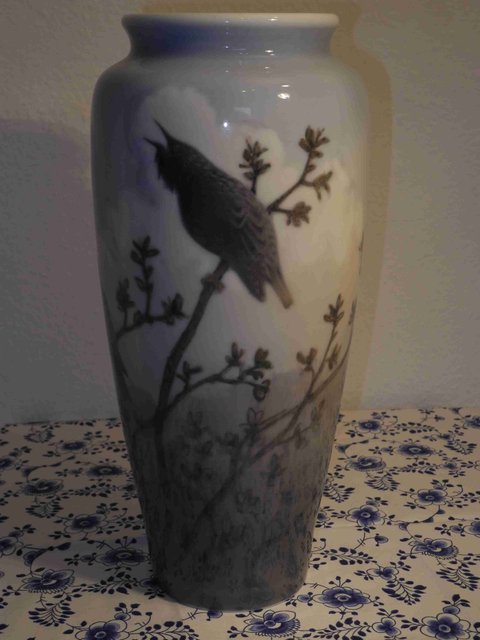 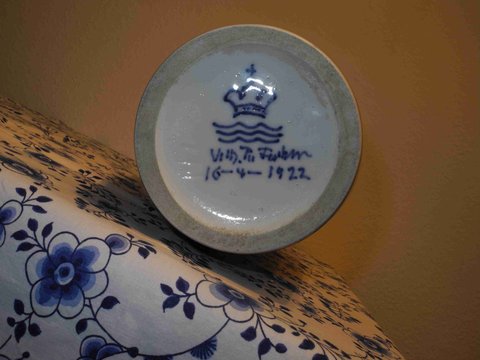 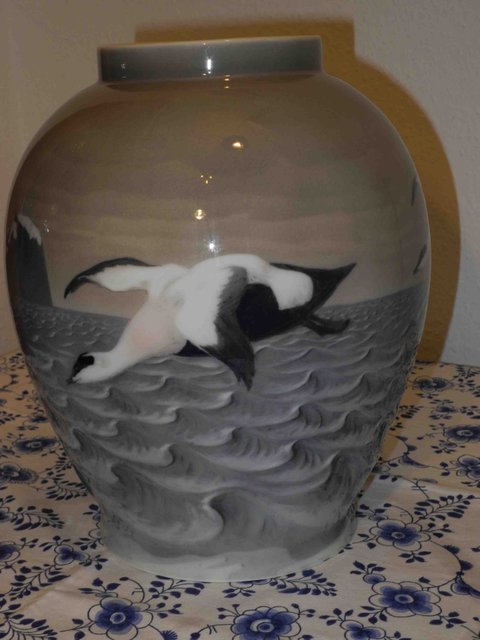 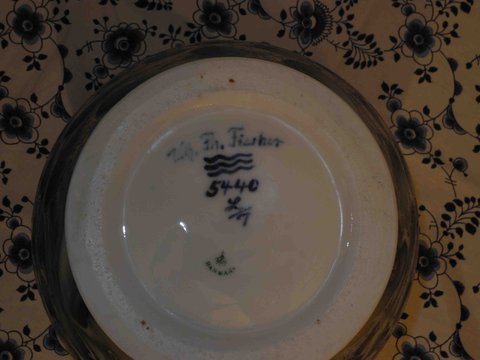 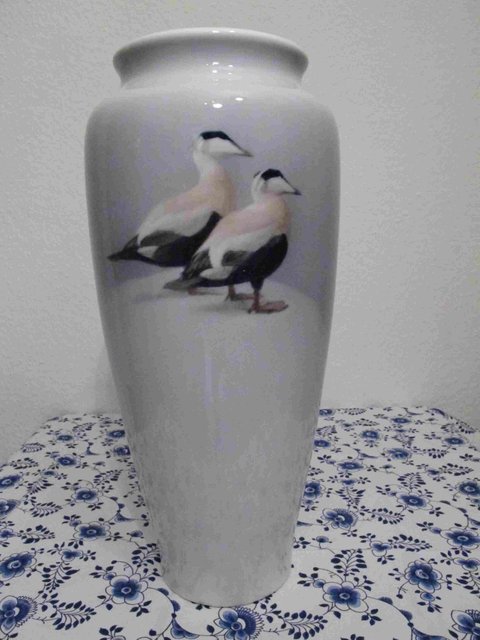 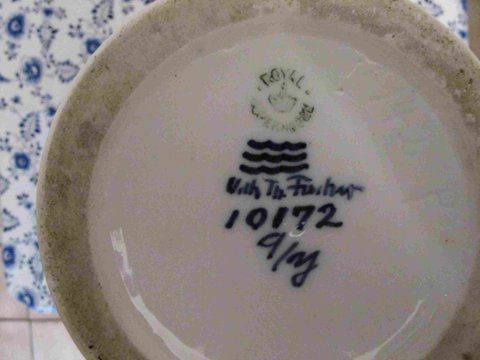 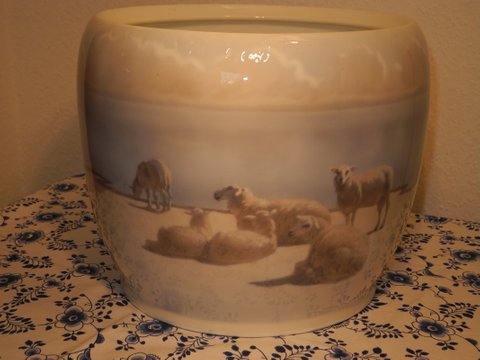 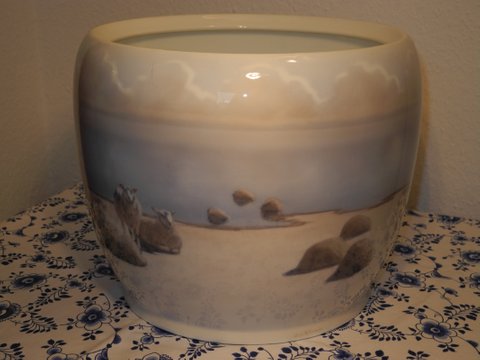 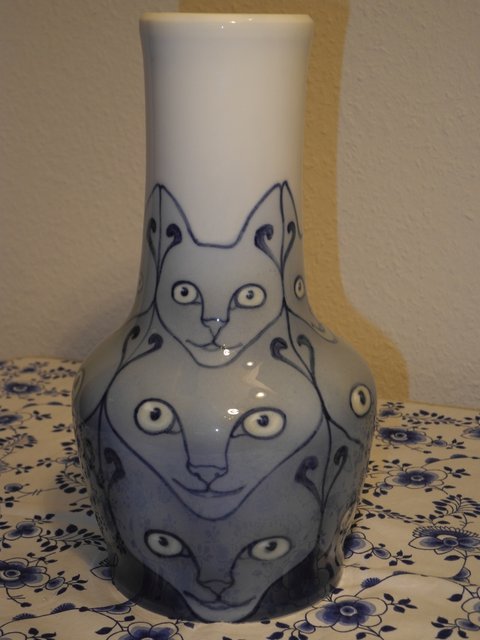 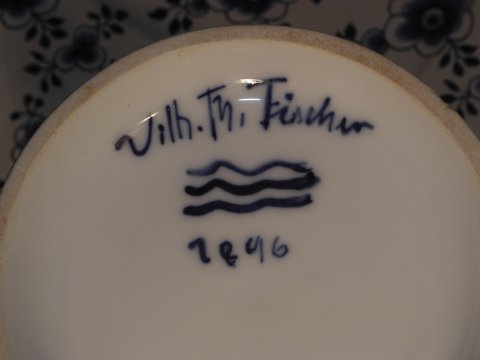 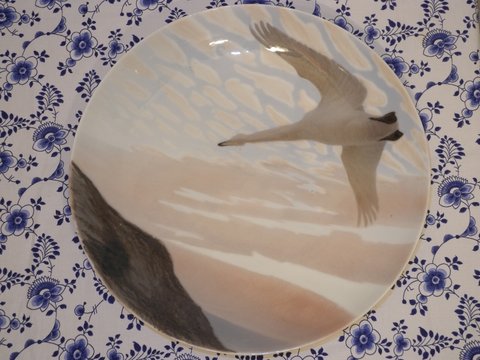 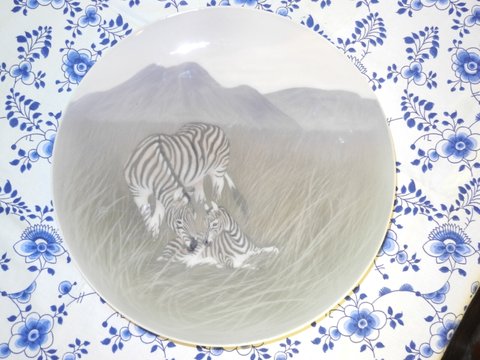 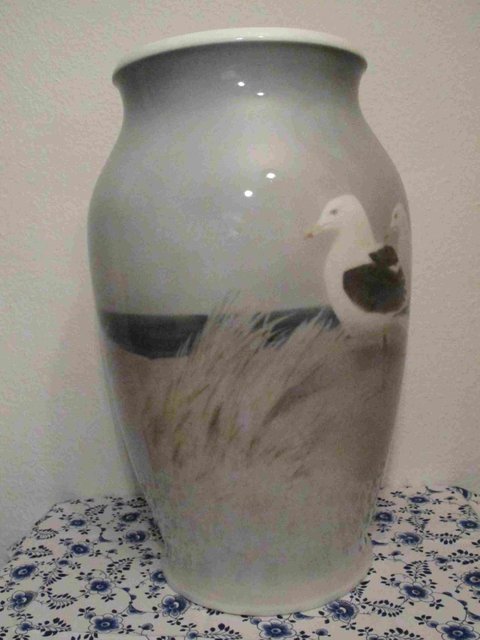 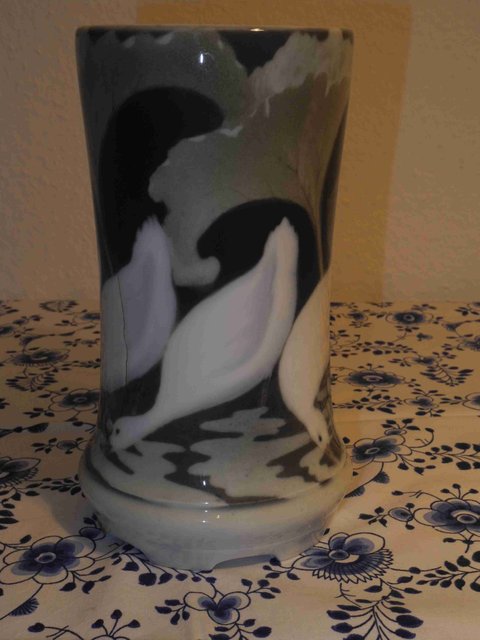 (drilled at the side) 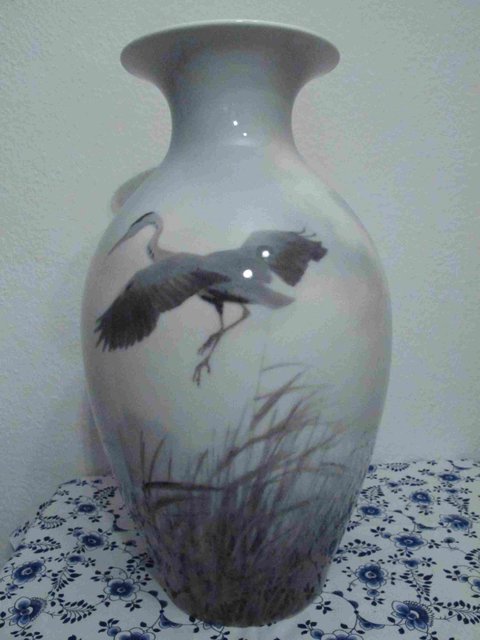 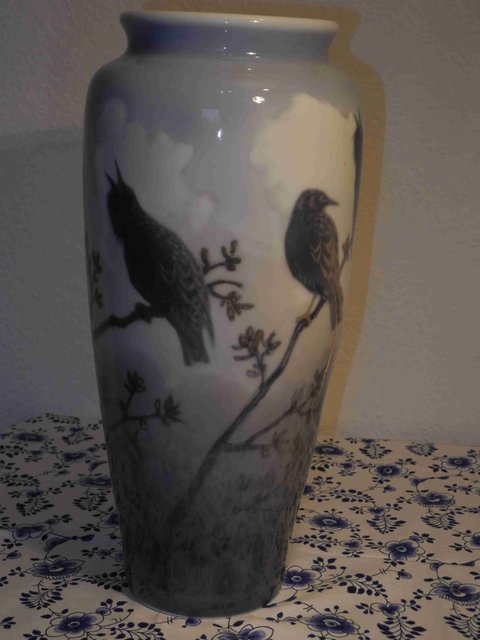 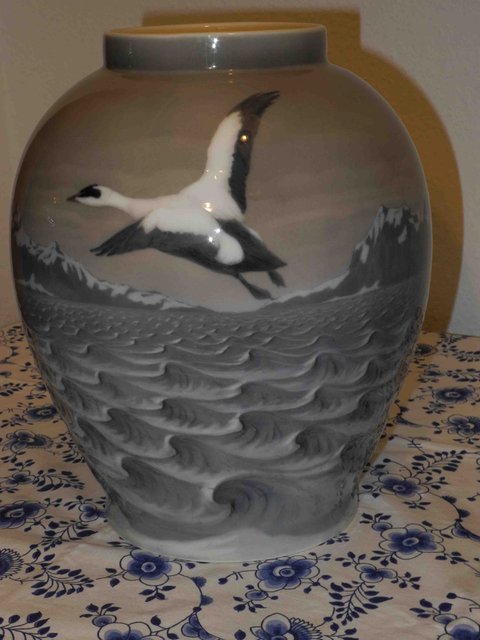 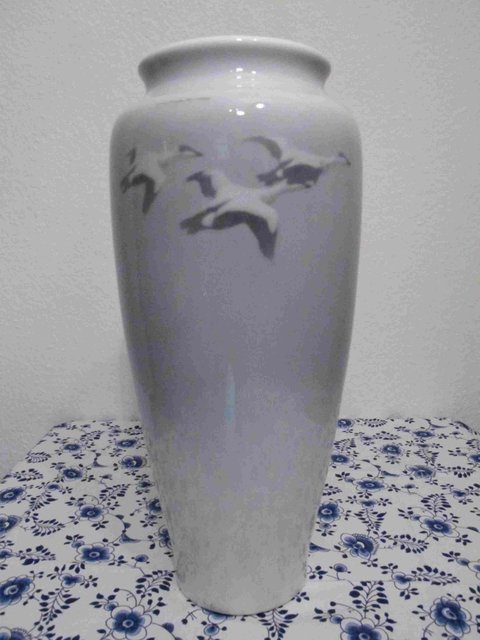 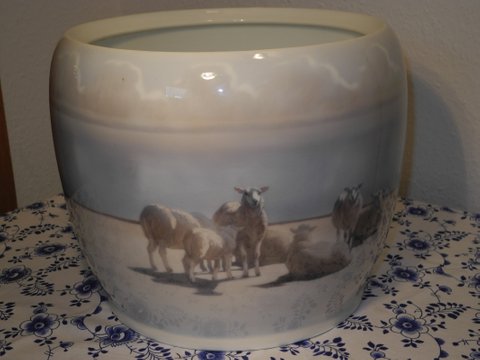 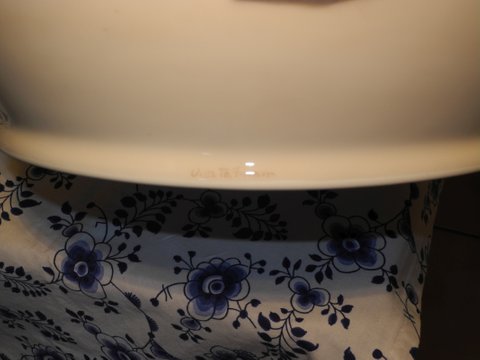 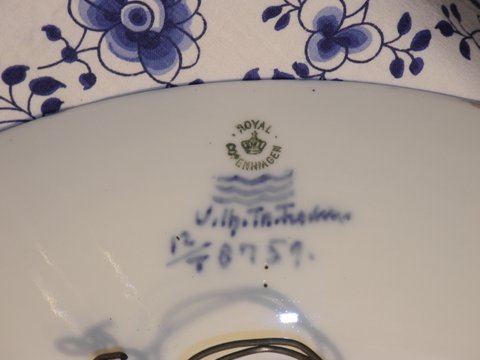 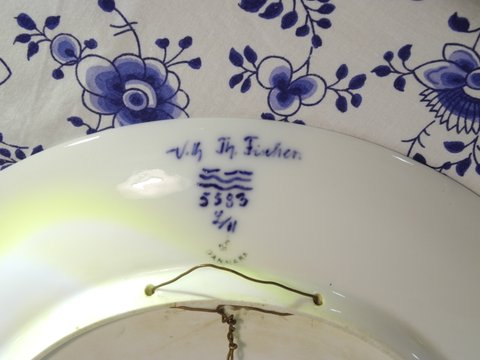